Push for ‘Mango’ statue at QCB stadium gets new life

A community-driven push to erect a statue of North Queensland Rugby League legend Matty Bowen has been given a second breath at life thanks to Townsville’s Origin coup. 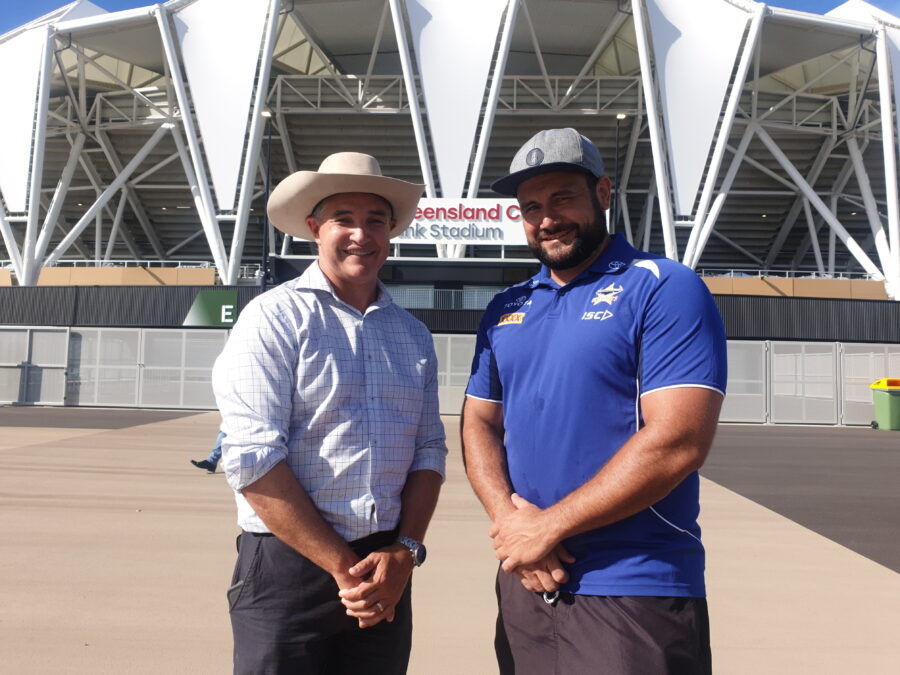 The petition called for a statue to be erected in honour of Bowen next to his Cowboys and Maroons playing partner and fellow legend Jonathan Thurston out the front of Queensland Country Back Stadium.

The initial petition on change.org has since received around 4,000 signatures, with another petition brought before parliament receiving a further 1,000 signatures.

Bowen, whose fantastic performances during the early 2000s helped lift the North Queensland Cowboys to their first grand final and helped establish the Maroons as a force to reckon with.

His efforts for both sides earned him Dally M Fullback of the Year honours in 2007.

“Matty is a home-grown talent, a country boy from a remote town who realised his potential right here in our region and remained committed to the Cowboys right throughout his career,” Mr Katter said.

“I was always a big fan of his and it would be a testament to his work on and off the field if we could make this statue a reality.”

In the wake of Townsville hosting game one of the 2021 State of Origin series, Mr Katter is intent on reviving the idea, calling on Queensland’s sports minister Stirling Hinchliffe, as well as Townsville’s representatives to back the idea.

Kennedy MP Bob Katter also lent his support to the idea, noting that the statue of Jonathan Thurston that currently stands at the entrance to the stadium draws plenty of interest.

“I think JT’s statue is looking a bit lonely out there by itself so it would be wonderful if he could be joined by his mate, Matty Bowen,” he said.

“The statues are a great tourist attraction and everyone loves getting their photo beside them.”