Netball is a sport for life

Burdekin Netball Association celebrates the mothers and daughter's on their committee. 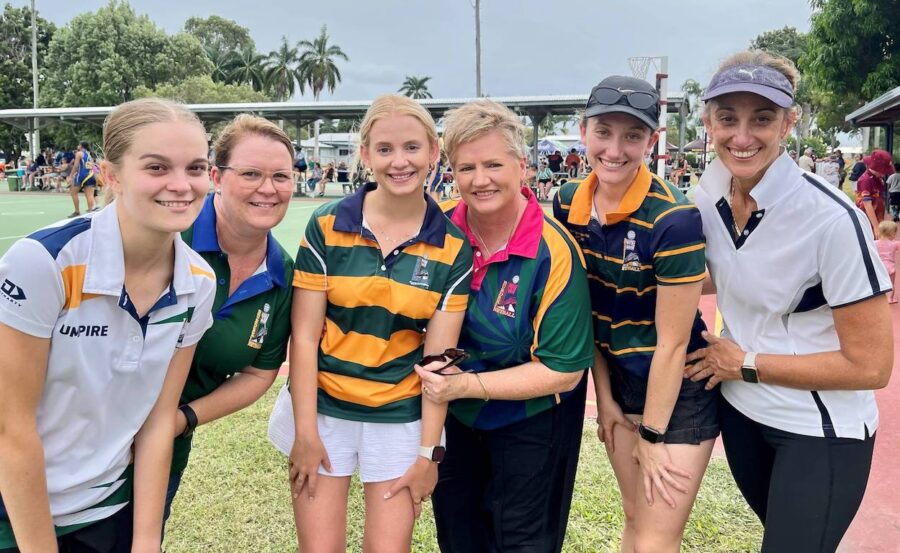 This has never been more evident than at Burdekin Netball Association in 2022. Three sets of mothers/daughters occupy positions on the committee.

Sheree McKaig, who began on the Committee as a Selector when she was 17 and has held most positions since then, is currently the Association’s Publicity Officer and Grants Officer. She is joined this year by her daughter Tayla who is fulfilling the new Media Officer role, looking after all things social media. Tayla was the 2021 Harvest Festival Queen entrant and has been involved at Burdekin Netball since she was very young.

Sheree was awarded Life Membership in 2014.

Another long-standing committee member is Alicia Butterworth. Alicia began playing at a young age and joined the committee after she returned to the Burdekin from Bowen, where she lived with her young family for a few years.    Alicia has held the position of Secretary for 15 years. Alicia’s daughter Sarah Butterworth has joined the ranks this year as a Selector. Sarah has played since she was young and now plays an important role in the team roster for the Burdekin Silverlinks. Sarah also coaches a junior Representative team and her sister Amy is the Manager. Alicia and Sarah are both National C badged Umpires.

Alicia was awarded Life Membership in 2021. She was awarded this alongside her Mother, Lucy, also a Life Member of the Association. They are the second mother/daughter team to become Life Members, with Joy Comollatti and her daughter Judy Spelta becoming Life Members in 1989 and 1999.

Kristen Linton has held positions on the Committee for several years and returns as a selector this year. Kristen is joined by her daughter Dayna who has just finished high school. Dayna is carrying out the role of Umpires Co-ordinator. Dayna is a National C badged umpire.

As the next generation of strong committee women is coming through, Burdekin Netball Association will be in great hands for many years to come.