Turning trash into treasures with a new way of recycling

The workers who make up Burdekin's waste management team bring a whole new meaning to the term 'recycling'. 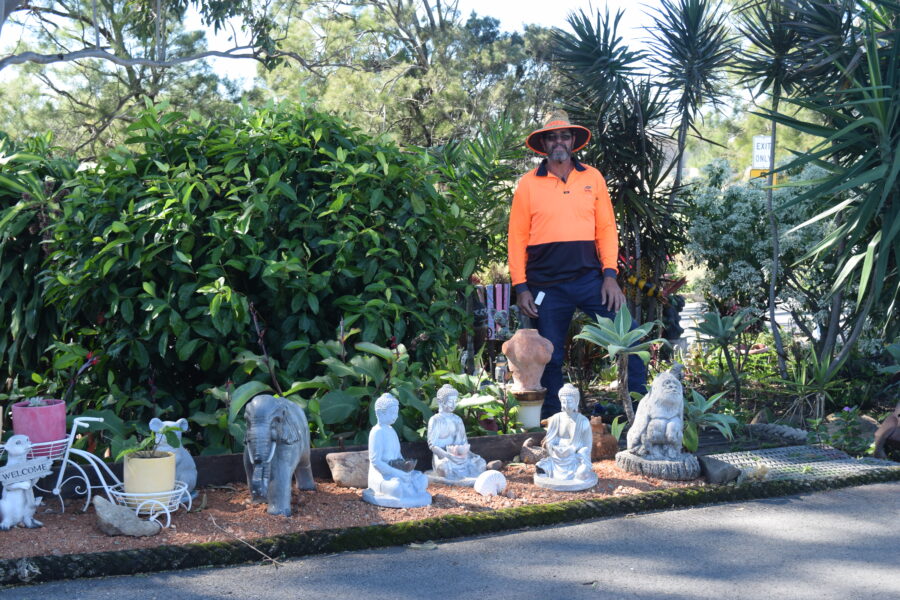 Workers across the Ayr, Home Hill, Clare and Giru transfer stations and the Kirknie Landfill have been turning unwanted items over to new owners via a secondhand store and an array of new visual features, including garden displays and toy arrangements.

Gate attendant Brett Forrester, who’s just one of many staff across the Burdekin’s transfer stations who’s played a hand in seeing the various projects run smoothly, says the new features may have started from humble origins but have provided plenty of positives.

“Rod McNamara, he started it all off; he was collecting the Tonka trucks and things for a while. Rod’s retired now, but he still brings in trees and stuff for the garden feature and makes it all possible,” Mr Forrester said.

“At the end of the day, you do want your workplace to look nice, and when you have it looking nice like this, a majority of the people coming through want to keep it looking nice. They’re quite happy to sweep up anything they bring to drop off.”

Along with his co-workers on the ground, Bradley McIntosh, Adrian Lennox, David Burt, Peter Driver, Andrew Toms, Stephen Jones, Kahle Crossland, Kylie Levitt and Wayne Baker, Mr Forrester has been contributing to the features and helping run the secondhand shop at Ayr’s transfer station for some time now.

Aside from providing the depot with flair, he says the installations and the shop help out a lot in what he calls the ‘constant education’ of people who come to the transfer station but are unaware of the rules.

“I’ve had people come in here, and somebody had dumped a whole lot of trash on his mate’s property, and it was all things that they could have brought here to dispose of for free,” Mr Forrester said.

“What we’d like people to learn more is the fact that if people don’t recycle properly, it is going to cost you later on in your rates. People just think that a dump is a dump, but that landfill will fill up. It’s not thought of as a cost, but it comes through in your rates.”

Waste services coordinator Mitul Desai says that the more welcoming and inviting the tip is, the more people come and the easier it becomes to avoid any confusion.

“They get more knowledge when they come out to the tip.

“A lot of people don’t realise that some elements are completely free, and they’ll dispose of it illegally and not realise they could have done it here for free.”

Mr Forrester, who, along with his colleagues at the gatehouse, is the first point of contact for many people who bring in items that end up in either the features or the secondhand shop, says it’s always a surprise what some people will end up bringing in.

“A lady brought all these gnomes and garden ornaments, and they were her mother’s who’d passed on, she didn’t want to keep them, and her husband didn’t want them around, so she brought them here, and I said, well, we’ll make use of them,” Mr Forrester said.

“It’s a nice way to keep those sorts of things in use and around.

While Mr Forrester laughs that no one will ever retire from what is made in the secondhand shop, it does provide ‘another way of recycling’ in his words.

“One of the old fellas that came in today said he’s got some lamps in the back of the car, he had two lamps still in their boxes, I said they’ll be lovely, someone will really enjoy these,” Mr Forrester said.

“Instead of that stuff being thrown out, it goes to the shop, and someone buys it for a few dollars.

“It’s just recycling, it’s another way of recycling at the end of the day, and it’s good to do it.”