Students light up the stage as part of Interschool Drama Festival

Co-ordinator Wendy Viero has hailed the 2021 iteration of the Interschool Drama Festival as a success, thanking all involved for their hard work. 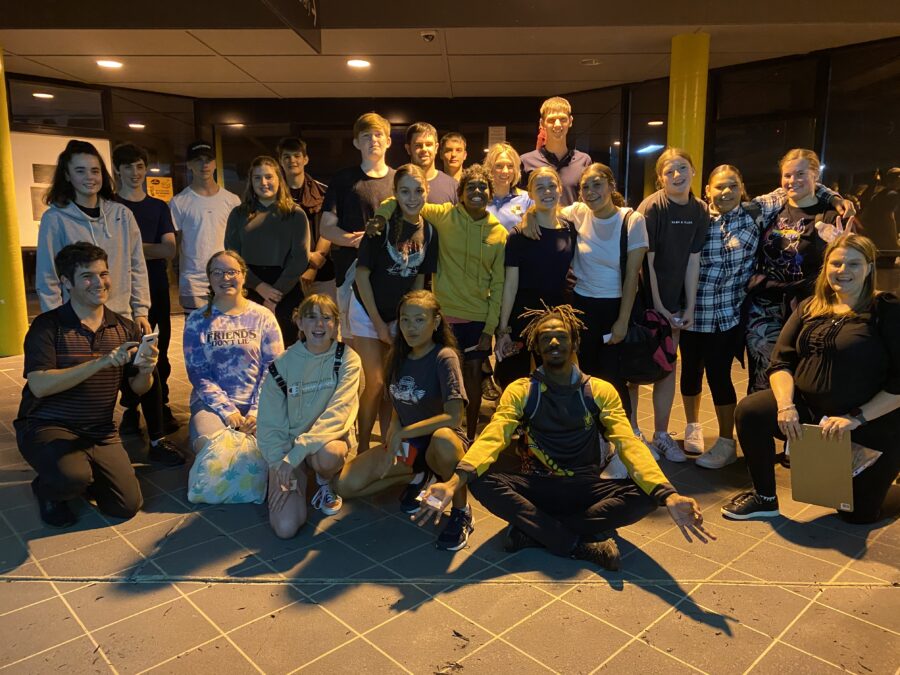 The annual festival, which features performances from four of the Burdekin’s schools, faced plenty of challenges in it’s return from a COVID enforced postponement, including a packed theatre schedule which provided a very different lead-in and atmosphere.

“It was really different this year, it was hosted on a Thursday night, but that was because of COVID as well; because of what happened last year, the theatre was basically fully booked for the year,” Ms Viero said.

“But aside from that challenge, it all worked out very, very well, I thought.”

Home Hill State High School developed their own twist on the Wizard of Oz, while Burdekin Catholic High School tried their hand at comedy with an inspired, history-spanning epic that chronicled the nine worst break-ups of all time.

Burdekin Christian College meanwhile, tackled the problem of modern technology with their production ‘This is your brain on social media’.

“We had all four schools performing some really great stuff, we had some original works, we had some students behind the curtain directing, it was a really nice variety of different shows,” Ms Viero said.

“It’s not just acting or singing, there’s the technical and production side as well, I think that was handled really well this year, on the night there were no misses, at least none I saw, it was all pretty much run perfectly.”

The Interschool Drama Festival caps off a grueling start to the year for the region’s drama students, with numerous events, including the Eisteddfod, and school based musicals and drama performances surrounding the marquee events.

“It’s a little bit humbling, honestly, given all the commitments these students have right now, to see so many involved.

“Pat Nuttall actually mentioned it on the night when she gave out the individual awards she said the number of kids was really heartening to see.”

Aside from just the sheer number of hardworking students and performers who were willing to get involved despite a challenging start to the year, Ms Viero said it was particularly good to see a number of young men involved.

“The performing arts do struggle, not just with participation numbers, but with the number of boys in particular, it’s not normally a male-dominated field, but we had a lot of young men involved in all of the performances through all four high schools,” Ms Viero said.

With the night of productions set in the rear-view mirror, Ms Viero said she was now hoping to see next year’s festival return to the usual end of week timing.

“Hopefully, next year we’re back on a Friday night and a little bit earlier in the year, that would be good to take some of the pressure off with all the exams and everything going on,” Ms Viero said.

“We’re definitely hoping to get back to that old timeslot next year and make it an even bigger night.”