Members of the Molongle Boat Club are 'sick and tired' of dealing with delays for a badly needed upgrade to the waterway's access. 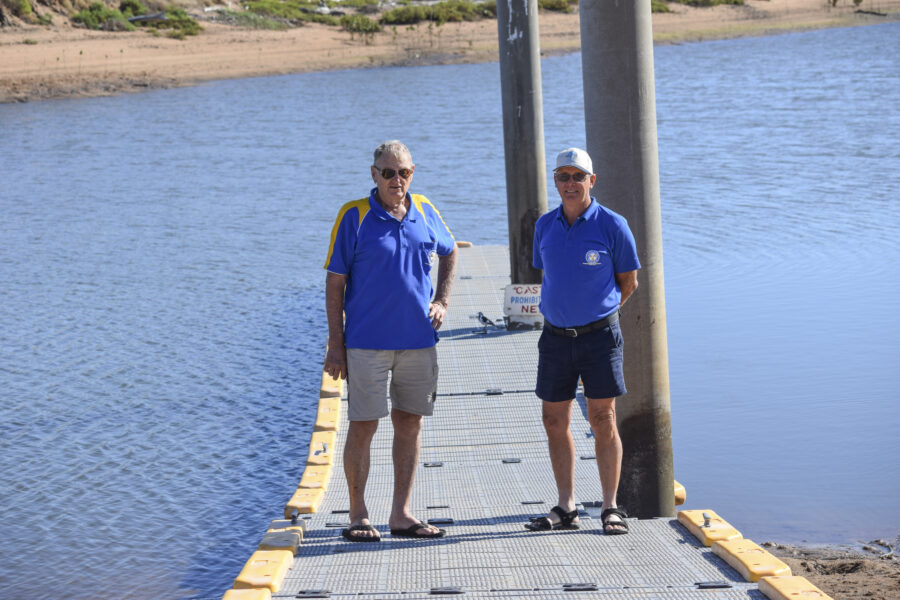 Club Project Manager Joe Linton says that the most recent hold-up to the All Tide Access Dredging expected to be completed this year is another blow in a long saga dating back years.

“We’ve been lobbying government’s constantly over the years to provide improved access for the community, Volunteer Marine Rescue and the 200 properties in Cape Upstart,” Mr Linton said.

First promised at the 2017 Queensland State Election, the project has its origins right back around the time of the club’s founding. Mr Linton said that correspondence between the club and the then government discussed similar proposals.

“Even in those early days, there was correspondence with the government explaining the need and necessity of a boat harbour in this area,” Mr Linton said.

“The thing is, between Bowen and Townsville, there isn’t a single All Tide facility in that area, none. From the Haughton, all the way through, the whole lot.”

For nearly 60 years, the club has been making improvements to the area on its own dime for a significant stretch of that time, including limited earthworks around the shore since the 80s.

“Then in 2000 or roundabouts, we were granted permission and the permits to do those works, and we’ve kept doing that until about three or four years ago,” Mr Linton said.

While the club could convince both the government and opposition to commit $5 million towards a redevelopment of the facility, the slow progress has been frustrating for the club.

“If you go down and have a look at the trailers that are there, mid-week, there’s twenty or so, that’s all people who are sitting over at Cape Upstart,” Mr Linton said.

“The tides aren’t good enough, so access out of the place is completely terrible.”

“When they all agreed to it, we were thrilled, but that was five years ago now.”

Over the past year, works have begun, with the first stage of the project completed by the Department of Transport and Main Roads.

But that leg of the project only involves constructing a soil disposal area nearby, and members of the boat club haven’t noticed.

“For the people that use this facility, that’s out of sight, out of mind, there’s been no activity here where it’s needed,” Mr Linton said.

Despite the delays, Mr Linton remains confident that the department is committed to meeting its goals but is concerned that any wasted time could result in disastrous consequences.

“We can choose to go to our properties on the cape based on tides, maybe sometimes it’s inconvenient, but that’s not a problem,” Mr Linton said.

“But you can’t choose when you have a heart attack, or you stand on a stonefish. It’s Murphy’s Law.

“That’s the major component of it, but the part that the community is sick and tired of is this delaying effect; they’ve committed; get on with it.”

According to the Department of Transport and Road’s Maritime Safety Queensland General Manager Angus Mitchell, environment approvals concerning the proposed next phase of works are in the ‘final stage’.

“MSQ is in the final stages of obtaining all the required State and Commonwealth environmental approvals, which includes likely financial offset payments for impacts to marine habitat,” Mr Mitchell said.

“Tenders closed for the capital dredging works on 21 May, and MSQ is evaluating the applications.”

At the present rate, the department expects a successful tender to be awarded next month, with works to begin the following month.

“Onsite dredging works are expected to start in late August subject to weather, dredge and pipeline availability and approval of the dredging environmental management plans by both the State and Commonwealth agencies,” Mr Mitchell said.

“Completion of the dredging is expected to be completed late 2021 this year.”