Jemma Horton is one of Ayr's first female mechanics. 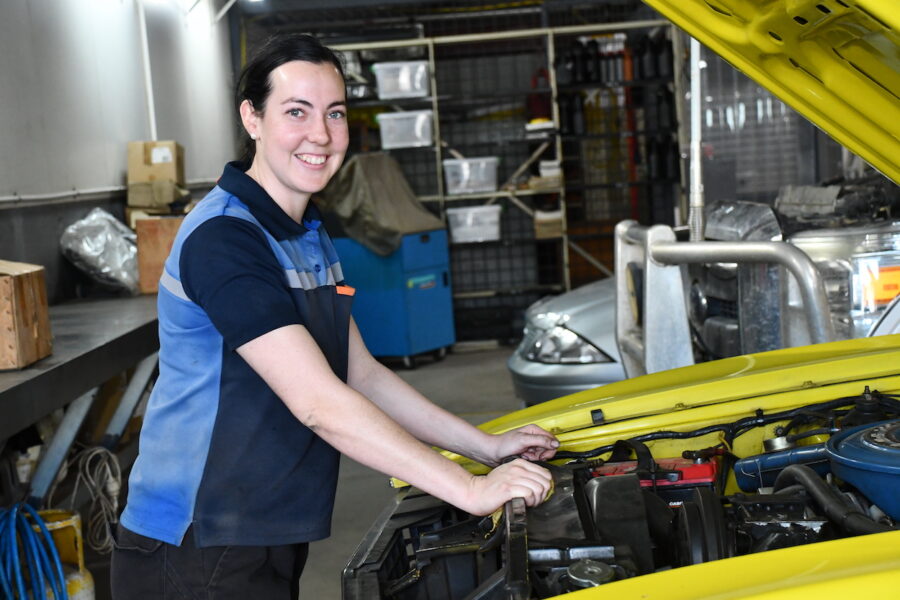 JEMMA Horton has been drawn to cars her whole life, coming from a family of drag racers and autophiles.

She’s been learning to fix cars since she was 12 years old and has recently completed her four-year apprenticeship to become one of Ayr’s first female vehicle technicians.

“I guess I’ve just always had an interest in cars which I mainly get from my dad,” said Jemma.

“Especially growing up, my family was a heavy Ford fan family, and I always just wanted to learn more, so that’s why I decided to become a mechanic.”

“It feels like a great accomplishment, and I’m still learning each day,” she said.

She says that although the motor and mechanics industry is still largely male-dominated, she’s eager to set an example for other women in town.

“It is a very proud achievement, and it’s a way

to show the rest of us females that we can do whatever we want.

“You do have to be strong sometimes to back yourself, and I think I have built up my strength over the years.

“I feel like in the Burdekin because everyone knows everyone, people have been really supportive.”

When Jemma isn’t fixing cars, she’s racing them, an activity she’s pursued with her dad since she was 17 years old.

“I was racing cars in drag races before I even had my drivers licence,” she said.

“It does bring the family together, and our family holidays will usually be going away and racing. We go down to tracks in Mareeba, Ipswich, Mackay.

“My brother’s a diesel fitter, so a love of cars does run in the family.”