It’s not everyday the Burdekin gets a visit from a representative of the Spanish consul. 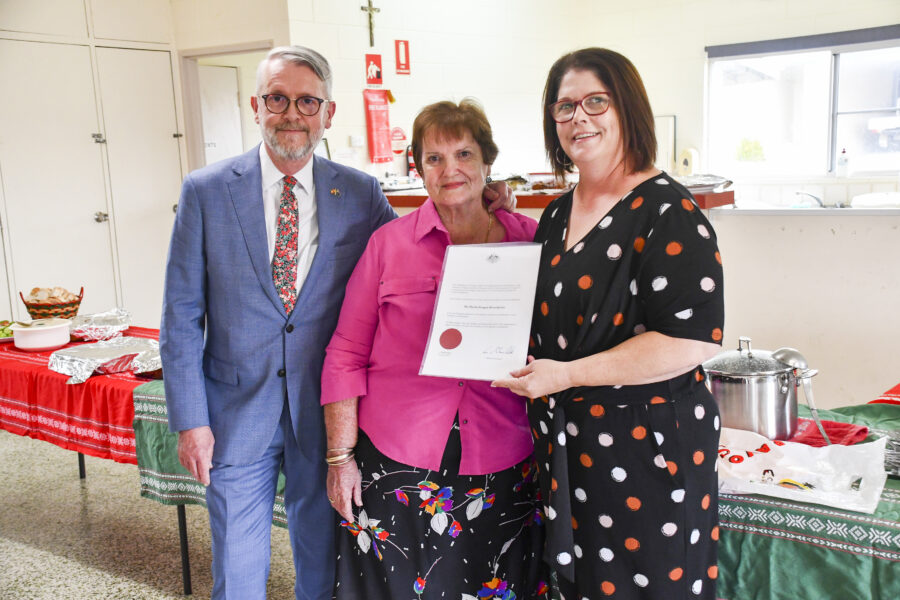 But that was just what happened over the weekend as Ayr’s Mary Arrate was officially recognised and acknowledged as the Honorary Spanish Consul of North Queensland.

The local chapter of the North Queensland Basque Club gathered at the Sacred Hearts Parish Hall in order to mark the occasion, with plenty of Spanish food enjoyed during a luncheon held to welcome Juan Manuel Molina Lamothe of the Spanish consulate in Sydney, to the region.

“The Basque are three or four little provinces in Spain and three in France, we’re just a little part of the larger whole, it’s a little bit like Queensland and Australia,” Mrs Arrate said.

“But the Spanish consul covers all of them and all of us.”

“I’d been doing a lot of the sort of work beforehand, and that’s why he nominated me I think, he’s probably been seeing my name on things done there forever and ever,” Mrs Arrate said.

“Sometimes it’s helping people get their pension or making sure they have their passports and their documentation.

“He asked me a few years ago when I first met him when he came up and I thought ‘oh yeah’ but assumed nothing would come of it and now it’s all happening, talk about being thrown in the deep end.”

“No, but seriously, it is a very good honour and I can only hope that I do justice to it and their trust in me.”

Mrs Arrate was quick to thank Mr Lamothe for the recognition and the new role and all who’d supported her.

“I’ve told them they’re all welcome to ring me with their questions and problems, and that whether I deliver or not is a different matter,” Mrs Arrate joked.

“But no, we’ll try and help whoever needs it.”