On Thursday, Katter's Australian Party announced their candidate for the Seat of Dawson, Ciaron Paterson. 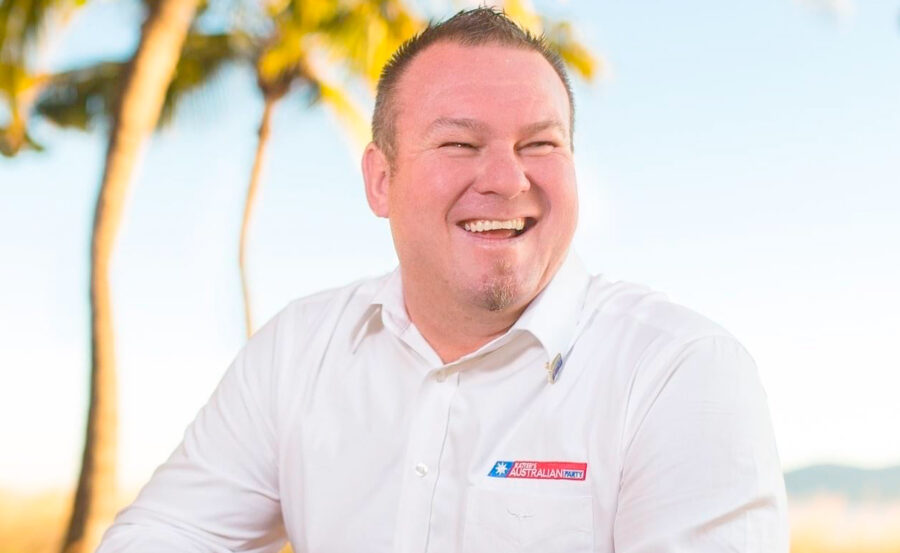 At a media launch at ANZAC Park in Ayr, Katter’s Australian Party Leader and State Member for Traeger, Robbie Katter, said the party was pleased to present Ciaron Paterson as their candidate for the seat of Dawson.

“We’ve selected a candidate who is is a man of the people,” said Mr Katter. He described Mr Paterson as a miner who understood the industry, the cost of living, and a man with family ties to the defence force. “He’s what we would describe as a quintessential Aussie bloke,” said Mr Katter.

Mr Paterson said he shared the same passions as the KAP, to stand up for blue-collared workers and farmers. “We back the coal mining industry. I’m a coal miner myself. I’m just here to put my hat in the ring and fight for the people for our fair share of Dawson,” said Mr Paterson.

Mr Paterson previously ran for the Queensland state election but was unsuccessful in his campaign. When asked how he felt running for a federal seat, he said that for him, it was all about the people.

“With the major parties bickering amongst each other right now, making all these promises, people are fed up with certain promises not being delivered. So I see a great opportunity for a minor party such as the KAP to stand up and be a voice for the Dawson electorate,” he said.

With the Federal election only weeks away, the timing of Mr Patterson’s announcement to run may come as a surprise to some. He put the delay down to work commitments but says he has not stopped campaigning since running in the State election. “I haven’t stopped campaigning, to be honest. If you look at my Facebook page, we’re putting something up every week,” he said.

Mr Katter was confident that despite the late call in the campaign, the KAP would do well at the polls. “We’ve been here for ten years now. We’ve got three state MPs and one federal MP. If we get one more, we can do some pretty big things for the state of Dawson, and we think we can do that with Ciaron Paterson,” said Mr Katter.