Herbert River Crushers out for revenge against Burdekin Roosters

TDRL clash to round out a big Saturday of rugby league action. 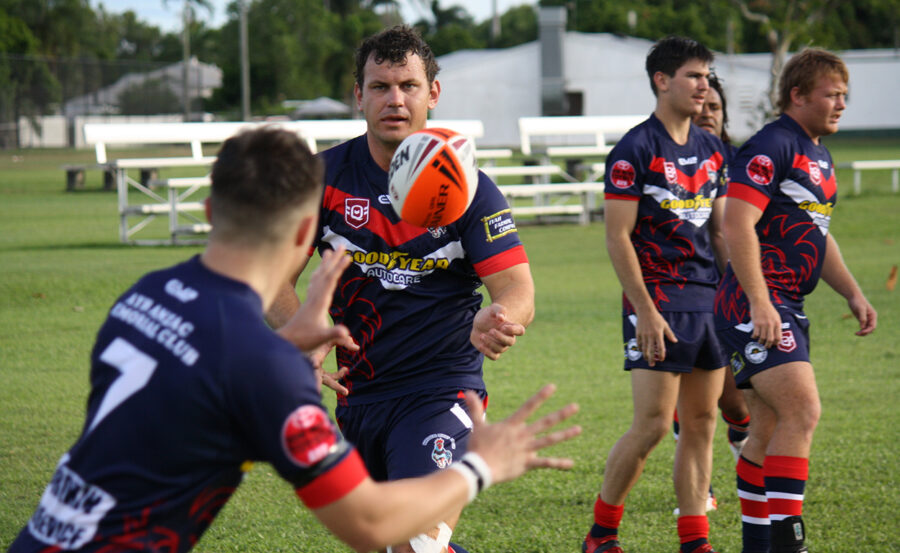 Back in early May, the Burdekin Roosters defeated the Herbert River Crushers in Ingham in four grades, a rare feat.

This Saturday, the Crushers are back at Rugby Park and they will be looking for revenge.

However, they won’t be able to do it in four grades as both the Roosters and Crushers are having a bye in reserve grade and will not be playing.

Saturday sees the Hostplus Cup game between the Townsville Blackhawks and Redcliffe Dolphins played at 3 pm,  so the local games have to be scheduled around that.

The A Grade match will get underway at 5 pm on the number one field, and it will be the last match of the day.

The Roosters finished 32-26 in front last time they met in the under-19s. It really is a must-game for the locals as they sit only a game outside the top four, and with Brothers playing Centrals Friday night and Charters Towers meeting Norths; a win could put them into an equal fourth spot.

Coach Shannon Horan has some key players out including Will Sullivan, Jeremiah Matauta, Zac Stephenson and Lachlan Shepherd, but he does have the cattle to bring home the bacon.

The Herbert River ladies have been big improvers, with the team now three wins behind the undefeated Hens in second place. When the teams met in Ingham, it was a 48-0 whitewash to the Hens.

Hens coach Tamara White will hopefully have quicks Kaitlin Daley, Shania Capper and Georgie Keioski back this week after missing last week’s win over Centrals with injury. Speedster Jo Morgan will have another week on the sideline with a broken wrist.

The Crushers have a very good five-eighth in Erin McCulloch and a couple of other Townsville representatives in Emma Wood and Paige Horvat. They will want revenge.

If the Hens can get on top of the forwards and Stephanie Monday takes care of Erin at five-eighth the Hens could still remain undefeated. Tahleah Backo will lead a young but keen forward pack against a larger group of girls.

In A Grade, the Roosters caused the upset in Ingham when they beat the highly fancied Crushers team by 24-12. Since then, the Crushers have lost only one game, to Brothers, and are now level on top of the ladder with that team. The Roosters have had a chequered season and now sit one point outside the top four, in fifth place and level with Centrals.

A win here is looking vital with the trip to Charters Towers to follow next week and that is not an easy one. Coach Josh Stowers knows he has to make changes to last week with three players not available in Dylan Carew, Jared Thorley and Riley Horan.

On top of that, Riley Granshaw was knocked out last Sunday, and Stowers is reluctant to select him even though the tough second-rower says he is okay. On the positive side, under-21 Blackhawk Ethan Hagarty will be playing and we will see the return of dynamic hooker Zac Heron and Kali Nauqe, who has been suspended for two weeks.

Former Fijian Sevens international winger Joeli Lutumailagi has recovered from a muscle tear and is set to play. Joeli will combine with fellow Fijians Kini Nauvasi and Nemia Nawave in the backs and they could be excitement plus. Brayden Cotter has been brought into the squad and he will add size coupled in rotation with former Ron Massey Cup player Josaia Raboiliku.