The family of a Home Hill resident who's looking at a completely different future after a life-altering diagnosis has reached out to the community for help. 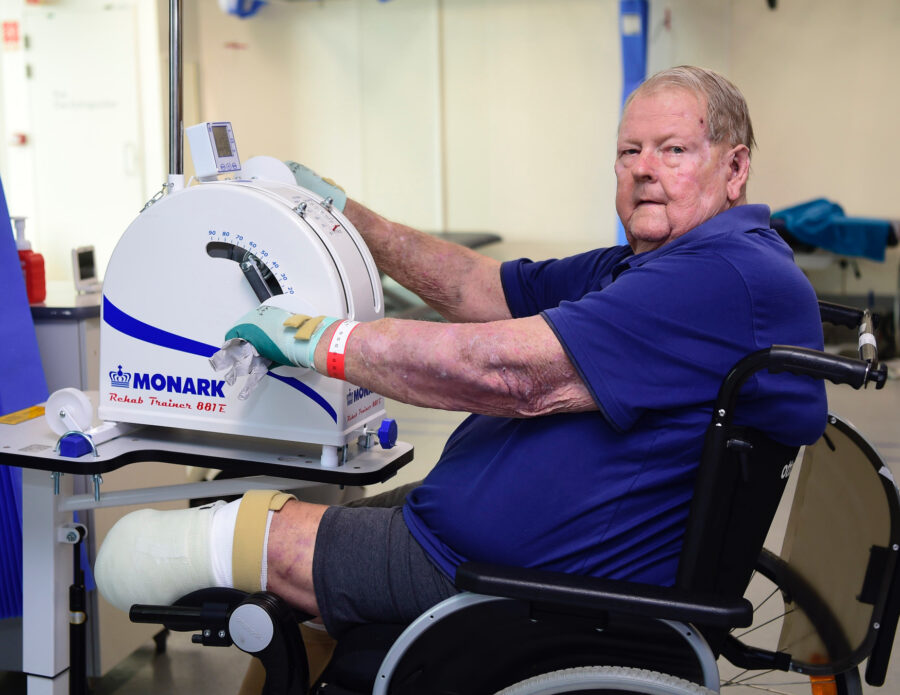 Bob Bowman, a nearly life-long resident of Home Hill, is ‘doing well’ after a lower-leg amputation operation restricted him to a wheelchair, according to his daughter Leandra Boothby, but there are still many challenges ahead.

Mr Bowman, who’s been on dialysis for the past four years following renal failure in a transplanted kidney, developed an illness called Charcot’s Foot. Doctors at Townsville Hospital told him that alternative treatments had failed and he would lose his lower-left leg.

“It’s been about six weeks today since the amputation surgery. Dad’s currently in the rehab unit at the Townsville hospital, and he’s doing quite well with that program,” Ms Boothby said.

“He’s in physio and the gym twice a day and doing dialysis treatments three times a week.”

While Mr Bowman’s recovery, and mental fortitude, have impressed his family, dealing with and overcoming excruciating pain, there are still several challenges ahead.

“We’re not sure at this stage if he’ll be a good candidate for a prosthesis due to some unrelated health issues,” Ms Boothby said.

“At the moment, he’s looking at life in a wheelchair. It’s highly likely that’s where he could be spending the rest of his life.

“He’s blown us away with his determination and his strength, his mental strength as well, it can take a real toll on someone’s mental health, but he’s so focused on his recovery and being able to get himself around.”

In addition to the immediate expenses of a wheelchair, renovations to make the house more accommodating will also have to be financed by the family. Leandra is concerned that she and her brother Calvin are worried that they won’t make the transition as easy as possible for Bob and his wife, Denise.

“We have to purchase a wheelchair, we have to make modifications to the house, and eventually they’re going to have to knock out part of a wall, there’s a lot of expenses ahead,” Ms Boothby said.

“You can be told things and prepared that way, but until it actually happens and you’re looking at this life-changing stuff ahead of you, of wheelchairs and house modifications, there’s no way to understand it fully.

“Life will be so different when he goes home. He’ll figure out how to keep doing the things he wants to do, but there’s going to be a lot of adjustments in how he’ll be doing things.”

If you’d like to consider donating or helping out the Bowman’s with their troubles, you can head online to their gofundme.