The state's Volunteer Marine Rescue and Australian Volunteer Coast Guard are getting the most significant shakeup since their inception in the 1970s with plans to combine the two services into one new entity, improving access to funding and recognition for volunteers. 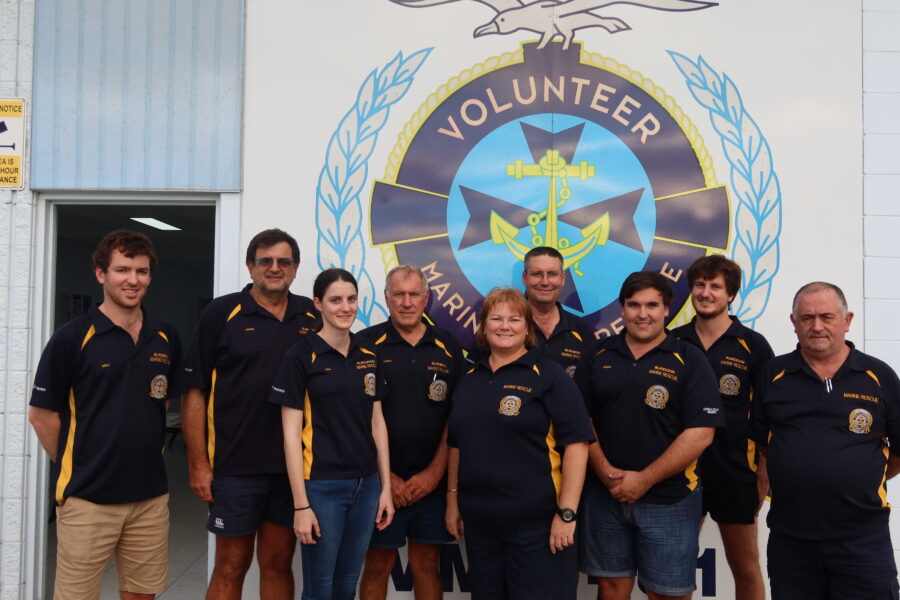 The proposal to unite the two volunteer-led organisations falls under the Blue Water Review, a report originally commissioned in 2019 to examine the needs of emergency marine response services throughout Queensland.
Local duty officer of VMR and State Vice President Vince Papale says the change has been a long time coming and that creating a new unified service will benefit the local community.

“It’s the first time in this generation someone has looked at the service and said we need to fix this. For us, it’s exciting. At the end of the day, I think it’s time to leave the past behind,” said Mr Papale.

“Marine Rescue Services started fifty years ago in Queensland out of community need, without the centralisation you see in other emergency services. They’re both similar services, but one happens to be affiliated with VMR and the other with Coast Guard.

“The biggest and most pertinent recommendation made was that there would be a new unified service, not to be seen as an amalgamation of the old two. This is a new service going forward,” said Mr Papale.

Both VMR and AMCG are entirely reliant on volunteers dedicated to protecting and saving lives at sea under Australia’s Safety Of Lives At Sea (SOLAS) agreement which sets the requirements for maritime safety measures.

He says that while the union of services is in its infancy, the Blue Water Review has been working on improved access to funding under one organisation.

“We began to have issues with sustainability on two fronts. One was the purchasing of new vessels which have become extraordinarily expensive. The funding from the government wasn’t keeping pace with the capital requirements, and the operational requirements also got out of step,” said Mr Papale.

“As one service, we’ll be a bigger entity under the wing of the government. It’ll become more organised, and resources will be more available where they’re required,” he says.

He adds that through the review, more protections will be afforded to volunteers, who dedicate hours of unpaid work on our oceans but fall outside legislative protections afforded other emergency service groups.

“Our volunteers were also becoming exposed to litigation from disgruntled customers. Given that we’re volunteers and that we lay outside the emergency services, we are not afforded the same legislative protections.

“This was about money, but it was also about the volunteers. How do we add value to the lives of volunteers? How do we protect our volunteers and recognise and respect them and that’s what spurned the Blue Water Review.”

Mr Papale says that implementation of the Blue Water Review has already begun to impact the local branch.

On June 30th, another wave of funding designed to improve vessel maintenance and replacement sustainability will take effect.

“From a local perspective, our unit is very well resourced because we have a lot of support from the community. That’s not the case everywhere,” said Mr Papale.

“Since this process started, local funding has doubled. In terms of signs of good faith, the help has already started. That’s what gives me great hope about the process.”