Faces of the Burdekin: Erlinda Nunn

Erlinda Nunn’s passion for helping people has taken her down several avenues in the community. 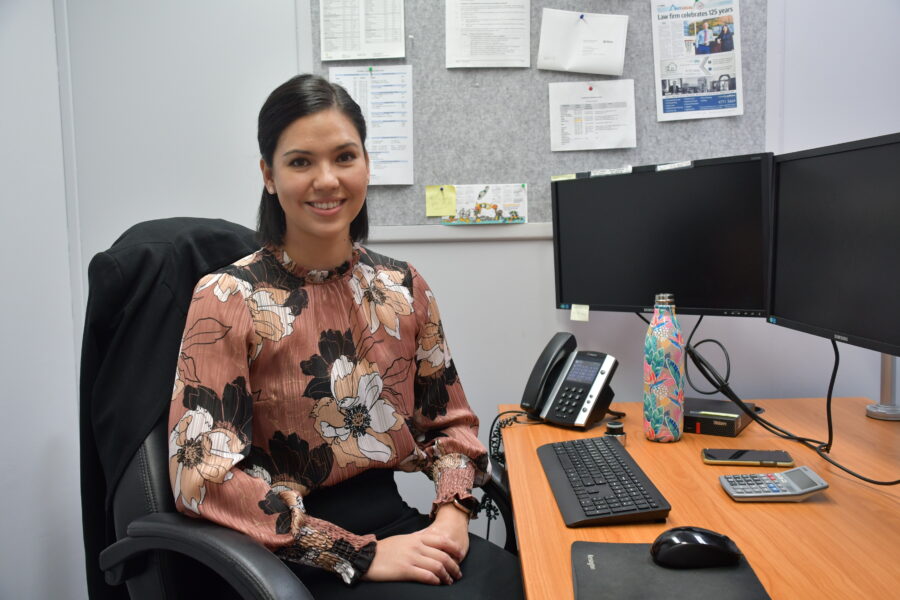 Solicitor Erlinda Nunn lives a dual life, whether working on estate contracts within her Law firm or patrolling down at Alva Beach with the Ayr Surf Life Saving Club.

The 26-year-old has lived in Home Hill since she was seven years old, developing a fascination with the legal system from a young age before studying law at James Cook University in Townsville.

“I think I had a weird obsession with crime shows and documentaries, but now I’m in a completely different area of law. I work with property and wills and estates,” says Erlinda from her office at Connolly Suthers in Ayr.

“My dad passed away when I was eleven, and after that, because my mum is Filipino, she sometimes has trouble understanding legal documents. So I took on that role.”

She says that when her father died, Erlinda became exposed to the importance of the legal system and the effect it could have on a family.

She says that although her role can be challenging, she’s passionate about helping other people through the legal system, working in the field of residential and rural property contracting, and managing the legalities of wills.

“It’s a career I’ve always wanted to do. I can’t imagine doing anything else really,” she says.

“It’s nice at the end of a matter being able to call someone and say your property is settled, you can come to collect your keys. It’s generally a nicer area of law that doesn’t involve a lot of conflicts,” she says of evaluating property contracts.

“I also do a lot of will drafting and estate administration work. Sometimes you don’t see the best of people in that area, but it’s also nice to help people through those tough times,” she says.

When she’s not evaluating property claims, Erlinda can be found down at Alva Beach, inspired by the opportunity to assist others in the surf.

She says that a near-death drowning incident in a pool when she was five years old inspired her to get her Bronze medallion as an adult, gaining valuable life-saving skills with the potential to save other lives.

“My cousin actually pulled me out of the water just in time. A lot of them had been involved with swimming and had been lifesavers, and I just thought what a good way to give back to the community,” she says.

Now, she’s getting ready for the Gold Coast next year as the Ayr Surf Life Saving Clubs 2022 Surf Girl of the Year entrant.

The Surf Girl of the Year competition is a chance for women around Queensland to have their volunteer efforts celebrated, raising money for their local clubs.

“It is really exciting. I’m excited to bring Mum to the Gold Coast for the competition. Everyone in the club is so supportive,” she says.

And it won’t be the first time Erlinda will be dressing up for the stage.

She reminisces on being selected for the Dolly Magazine Model Search as a teenager, travelling to Brisbane for the competition, which saw Aussie supermodel Miranda Kerr rise to fame.

She’s been a recognisable face as a cover star of Townsville’s Duo magazine, partaken in local runway shows and been a previous ‘Faces of the Races, for the Burdekin Growers Race Day.

“It was always just something fun on the side. I did realise eventually that I would have a better career in law than modelling!” says Erlinda.