Faces of the Burdekin: David and June Bartlett

David and June Bartlett in Home Hill aren't your typical couple. Before the nomadic seafarers and self-described gypsies settled in the Burdekin, they had lived on the ocean, sailing up and down the Australian east coast for twenty years on their beloved sailboat Diva. 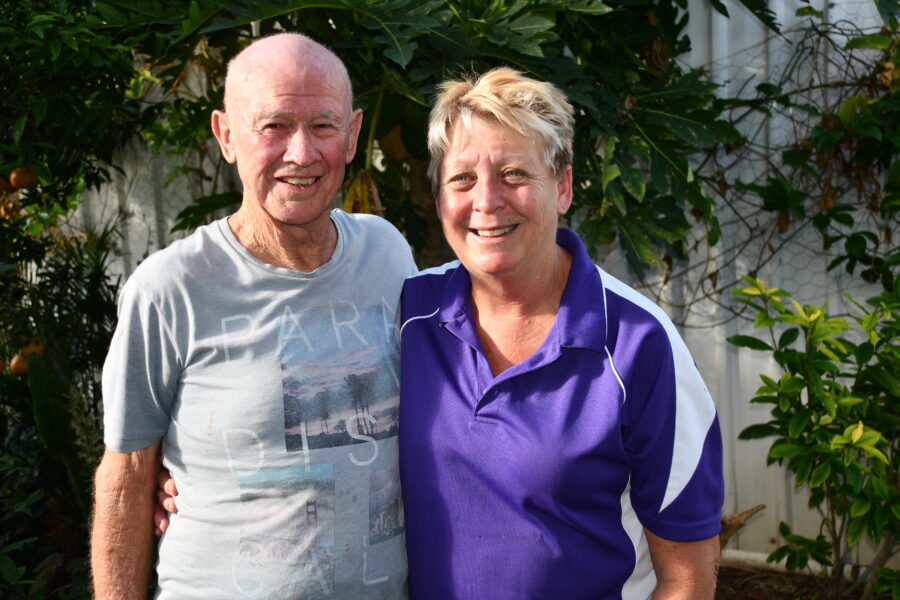 The pair explain their first meeting 21 years ago from their newly renovated house, on the back wrap-around verandah painted yellow and orange and adorned with shells.

On the walls are photos of their travels together, pictures beaming down from sunset lit horizons and tropical beaches.

“We met on the marina in Townsville because we were both boaties. Sailing is our thing,” says June.

“We were both married, and both of our spouses left us within three weeks of each other. We became quite good friends,” she laughs.

“I didn’t know Dave, but I’d seen him around. He worked on the marina, and I lived there on my boat. Dave used to race boats, and I’d cruise boats. We had a lot in common,” she says.

June and David married on the strand in Townsville in 2004, then their combined love of sailing took them on a twenty-year journey through some of the most remote parts of Australia.

They reflect on exploring places like the Hope Islands and Percy Isles in Queensland or swimming through the coral reefs of Lizard Island.

“You get stale if you just stay where you are. You think what’s around the corner? A new adventure,” says David.

“It’s like finding something new every day. Life’s pretty short. You’ve got to go find it; it won’t find you,” adds June.

“You’re removed from everything. There’s no traffic, just a lot of nature. It’s the best thing in the world. You can’t compare anything to it.

“When we ran out of money, we’d stop and get a job, and we could do pretty much anything. We had all sorts of jobs,” says June.

Although it’s unusual for the pair to be rooted to one spot for long, David and June, have now lived in Home Hill for five years, after selling their boat in Bowen and discovering the town by happenstance, hoping to set up roots on land.

“We never even knew Home Hill existed, but we found a house and came here,” says June.

“We did want to go to a smaller town and somewhere we could be a part of the community. We fit in well here.”

June got a job in the kitchen at an aged care home in town and now works in the Ayr State High School canteen, while David set to work renovating and personalising their new home.

They renovated the house using recycled materials, and their kitchen modelled from the interior of a sailboat. Out the back, there’s a well-tended garden and rainbow chicken coop.

They’ve also set up a business, Precious Pets, looking after people’s dogs and other animals while they are away.