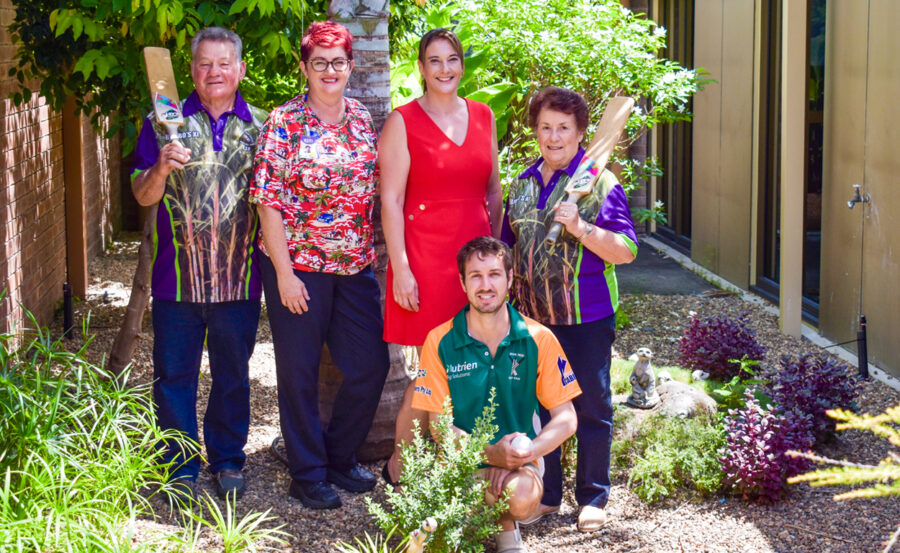 The Canefileld Ashes competition has developed into a great weekend of cricket, mateship and socialising. The two-day contest is held over a weekend and attracts teams from the Burdekin as well as Bowen, Proserpine and Charters Towers.

Over the years HHCA have donated approximately $50,000 to the Cancer Council in Brisbane but HHCA president Alexander Romeo said this year they decided to do something a little different.

“This year we had $8,400 to donate but it was decided to channel the funds to a charity where locals would be able to see what their money was going to,” Mr Romeo said.

As Eugene’s mother Alfina Pagoto recalls “Eugene played cricket at the Home Hill Cricket club for many years. Eugene’s mates had been talking about running a competition similar to the Goldfield Ashes. When Eurgene passed away, his cricket mates came up with the Canefield Ashes and dedicated the weekend to him. They donated a percentage of the profits from the weekend to the Cancer Council in Brisbane.

“The donation would go to Brisbane and we would see nothing of it here so we talked it over with the cricket club and since Eugene had his treatment at the oncology unity attached to Park Haven Hospital, we felt that the Centre would be an appropriate choice.

“While donating to the Queensland Cancer Council is a worthy cause, we wanted something where we could see the outcome of our donation. There are a lot of people from the Burdekin who attend the Centre for treatment so they will be directly benefitting from our donation.

Georgina Whelan, Site Manager at ICC said the profit from the Canefield Ashes was not given in the form of a direct cash donation.

“The HHCA came to us and asked what we needed. We then consulted with our patients and decided that the Meerkat Garden could do with a facelift,” Ms Whelan said.

The Meerkat Garden began with a patient placing one little statue in the garden and it grew from there. It has become a thing where there are lots of little differently themed meerkats everywhere reflecting the personality of some of the patients. The patient’s treatment rooms overlook the small courtyard garden and it was looking in need of a bit of love.

“The cricket club contracted a landscape gardener to come in and do the work,” Ms Whelan said. “The club also organised an electronics company to come in an install a sound system which we are using at the moment to play Christmas Carols. It means we don’t have to rely on the radio which is sometime inappropriate for patients.”

Eugene’s parents Serge and Alfina Pagoto travelled to Townsville with HHCA President Alex Romeo to meet Georgina Whelan and one of Eugene’s nurses Anita Fowler, and to inspect the improvements.

Icon Cancer Centre Townsville delivers chemotherapy and specialised therapies for all solid and haematological malignancies, The centre provides a full range of treatments for people diagnosed with cancer or blood conditions. With a focus on regional and remote cancer care, Icon Townsville continues to treat many Burdekin locals who travel regularly to Townsville for treatment.